The Vaikom Satyagraha was one of Kerala’s most important organised agitations for the eradication of untouchability and unapproachability. Its direct objective was to secure the basic civil rights of marginalised castes and to give them access to the public roads surrounding the Shiva temple at Vaikom. The satyagraha commenced on 30th March 1924. Three men from different castes—Kunjappi ( Pulaya), Bahulayan ( Ezhava), and Govinda Panicker (Nair) – walked hand in hand on the road leading to the Shiva temple. They ignored a board that denied entry to lower castes. They were stopped by patrolling policemen who only permitted Panicker to enter. The men remained firm in their resolve to enter the road together. They were arrested but promptly replaced by another three protesters. This marked the commencement of the Vaikom satyagraha which lasted 20 months.

The architect of the movement was T.K. Madhavan, a social reformer and journalist. He protested against the various forms of caste discrimination such as distance pollution, exclusion from places of worship and denial of civic rights. Lower castes could not walk on public roads near temples, could not hold Government jobs and their children could not study in Government schools. Though Madhavan moved a resolution in 1918 to gain access to public roads and temples, he was rejected on the grounds that it was a religious issue . He then approached Gandhi in 1923 for support to launch an agitation for temple entry. Gandhi approved and suggested methods of civil disobedience and non violent satyagraha. T.K. Madhavan also joined the Indian National Congress and drew attention to the Vaikom issue. As a result of his efforts, a anti- untouchability committee was formed by the KPCC. It was decided to inaugurate the program at Vaikom on 1st March 1924 by leading a procession through the forbidden roads around the temple. However, the risk of violence made the leaders change the date to 30th March.

Gandhi’s support of the satyagraha influenced upper caste Hindus and Hindu Associations (Nair Service Society, Kshatriya Sabha, Kerala Hindu Sabha etc.) to endorse and campaign for the Vaikom cause. A ‘savarna jatha’ was organised from Vaikom to Trivandrum, headed by Mannath Padmanabhan, founder of the NSS. Another jatha came from Suchindram in Southern Travancore headed by Dr. M. Perumal Naidu. Both processions had the common purpose of presenting a memorial to the Maharani. They wanted to arouse public opinion against untouchability. The Jatha started on 1st November 1924 and stopped at 200 places to organise meetings  to denounce untouchability.

The satyagraha broke all religious and regional boundaries. Christians, Muslims and Sikhs participated in a common cause. Leaders like Periyar Ramaswamy joined the satyagraha along with his wife Nagamma. He was arrested twice and got the title Vaikom Veerar. Women like Narayani Amma, Meenakshi Amma, Thirumalai Amma and Naagamai participated and for the first time in India women were involved in large scale agitation.  The National Movement for Independence lent support and leadership to the Vaikim satyagraha. Both movements shared the same social and political perspectives and methods and principles of agitation. The satyagraha is a good example of the mutual relationship between local and national movements.

The problem of road access which was the objective of the satyagraha only symbolised a larger problem—the curse of untouchability. The Vaikom  satyagraha brought into the open the problem of untouchability and garnered public support against it. As a result of the movement, the roads around Vaikom temple except for two lanes were open to all castes. The satyagraha was called off on 23rd November 1925. It was the first step in the struggle against religious obscurantism and paved the way for the later temple entry act (1936). The movement brought a historic change in the fate of Kerala. It shook the foundations of the regressive practice of untouchability and paved the way for a better, equitable future for the coming generations.

Arjun PuthiyaVeettil Member since August 2, 2019
Loading + Follow Following
Web designer from Kannur, Kerala. I have rich experience in web site design and building, also I am good at wordpress. I love to talk with you about our unique. http://whitedevil.online
Do you like Arjun PuthiyaVeettil's articles? Follow on social!
Previous story :TRANS STRUGGLE FOR IDENTITY - ESSAY

Principles of indemnity A contract of insurance contained in a fire, marine, burglary or any other policy (except Life assurance and personal accident and sickness insurance) is a contract of indemnity. This means that the insured, in case of loss against which the policy has been issued, shall be p

Optimization of Risk Acknowledging that risks can be positive or negative, optimizing risks means finding a balance between negative risk and the benefit of the operation or activity: and between risk reduction and effort applied. Modern software development methodologies reduce risk by developing a

Composition of Authority The Authority shall consist of the following member, namely A Chairperson; Not more than five whole-time members; Not more than four part-time members, All of them are to be appointed by the Central Government from amongst persons of ability, integrity and standing who have

Insurance sector reforms In India, insurance has a deep-rooted history. It finds mention in the writings of Manu (Manusmrithi) Yagnavalkya (Dharmasastra) and Kautilya (Arthasastra) The writings talk in terms of pooling of resources that could be re-distributed in times of calamities such as fire, fl

Courts and state laws have established guidelines for those persons and entities presumed to have insurable interest. They fall into three general categories – relations by blood or marriage, business relationships, and creditors. Blood or Marriage: People generally have an insurable interest

Miscellaneous or Liability Insurance ‘Miscellaneous Insurance’ refers to contracts of insurance other than these of Life, Fire and Marine insurance. This branch of insurance is of recent origin and it covers a variety of risks. Personal Accident Insurance This means insurance for individuals or

Key Features of the Micro-Insurance Market in India

Key features of the micro-insurance market in India Product characteristics: Micro-insurance products in the market have short policy contract terms and are overwhelmingly (but no longer exclusively) underwritten on a group basis. A number of the new products offered by formal insurers may be indivi

WHAT IS RISK MANAGEMENT? Risk management is a systematic process for the identification and evaluation of pure loss exposures faced by an organization or individual and for the selection and administration of the most appropriate technique for treating such exposures. Risk management is a broader co

Risk Control Risk control refers to techniques that reduce the frequency and severity of accidental losses. Risk control involves identifying the organization’s risk exposures, examining the various alternatives available to either eliminate those risks that can be eliminated or mitigate the e

Every insurer has a limit to the risk he can undertake. If a profitable proposal comes his way he may insure it even if the risk involved is beyond his capacity. Then, in order to safeguard his own interest, he may insure the same risk, either wholly or partially, with other insurers, thereby spread

Offer and acceptance: An offer is an expression of willingness to contract on certain terms, made with the intention that it shall become binding as soon as it is accepted by the person to whom it is addressed. In order to create a valid contract there must be an agreement between two parties. In in

Entry of Private Players in Insurance Business in India

Since 1956, with the nationalization of insurance industry, the LIC held the monopoly in India’s life insurance sector. GIC, with its four subsidiaries, enjoyed the monopoly for general insurance business. Both LIC and GIC have played a significant role in the development of the insurance market i

According of IRDA regulations, 2002 (Protection of Policy holders interest), A general insurance policy should state clearly the following facts. The name(s) and Address (s) of the insured and of any bank(s) of any other person having financial interest in the subject matter of insurance. Full descr

Features of insurance risks There are various types of risks related with insurance. Risk is the degree of variation in the possible outcomes from an uncertain event or as the variation in actual from expected outcomes. We know that all risks are not insurable. There is no hard and fast rule to dete

Insurance provides indemnity, or reimbursement, in the event of an unanticipated loss or disaster. There are different types of insurance policies in the world cover almost anything that one might think of. Likewise there are numerous companies who are providing customized insurance policies. Insura

Welcome to Typer
Brief and amiable onboarding is the first thing a new user sees in the theme.
Read Smart, Save Time
Pick all the topics you are interested in to fill your homepage with stories you'll love.
Articles 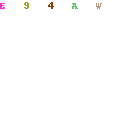